Just thought I would share a couple of layouts that appeared in a recent issue of The Scrapbook Magazine.....

I don't have that many photos of myself - something I really should rectify- and don't actually like talking about myself so I decided on a very small photo and kept the facts very light-hearted.

I kept the colours to a minimum and chose some patterned paper from Jillibean soup. I used the computer to print out the journaling, and coloured in odd sections to give the impression of an old typwriter. 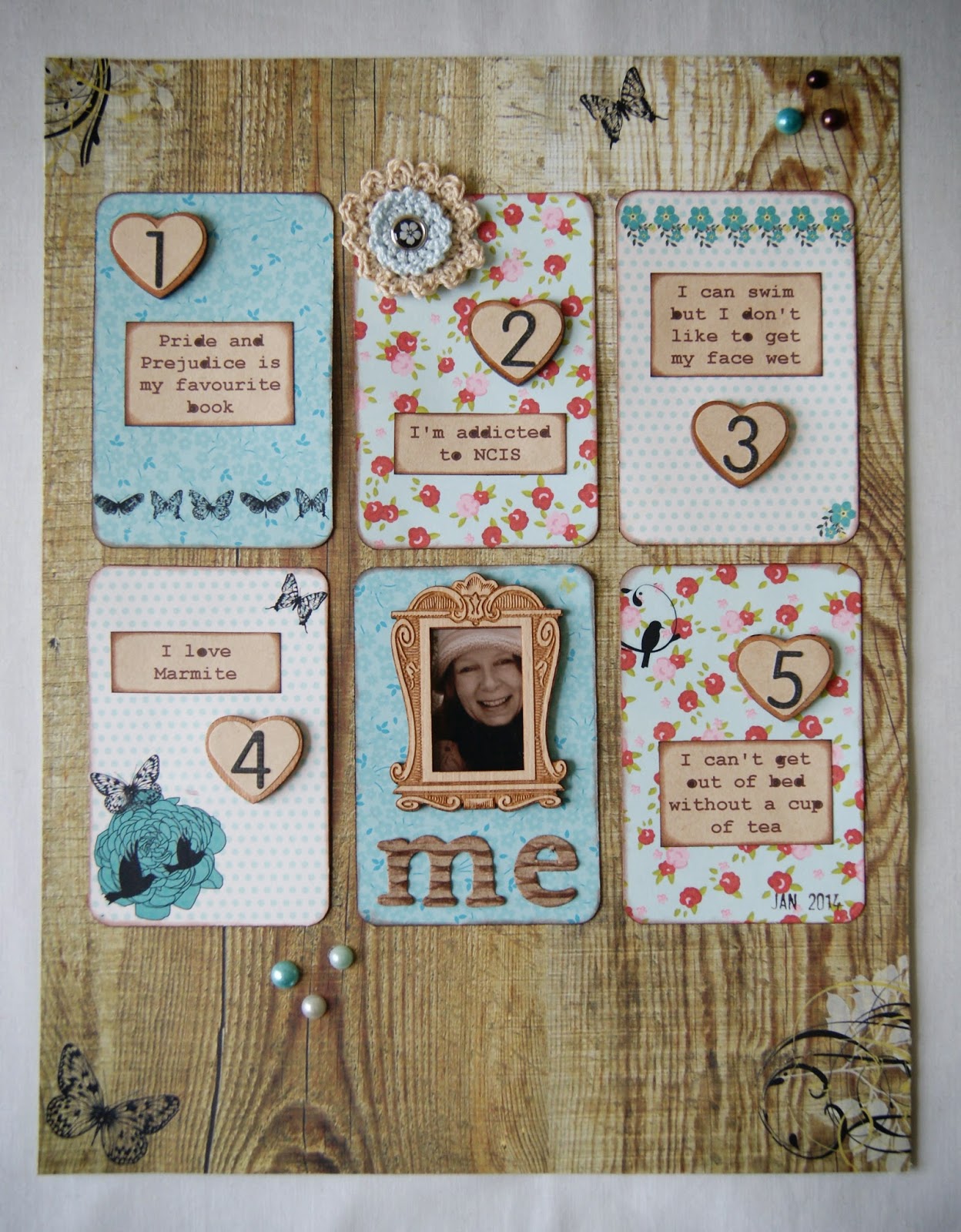 The 2nd was a layout for the "Scraplift Challenge", and I liked the idea of a graphic/block style layout after perusing pinterest !

I made the task easy for myself by using a 6"x4" block of Sn@p cards by Simple stories. I scanned the original photos but didn't alter them, I rather like the 70's orange tinge! 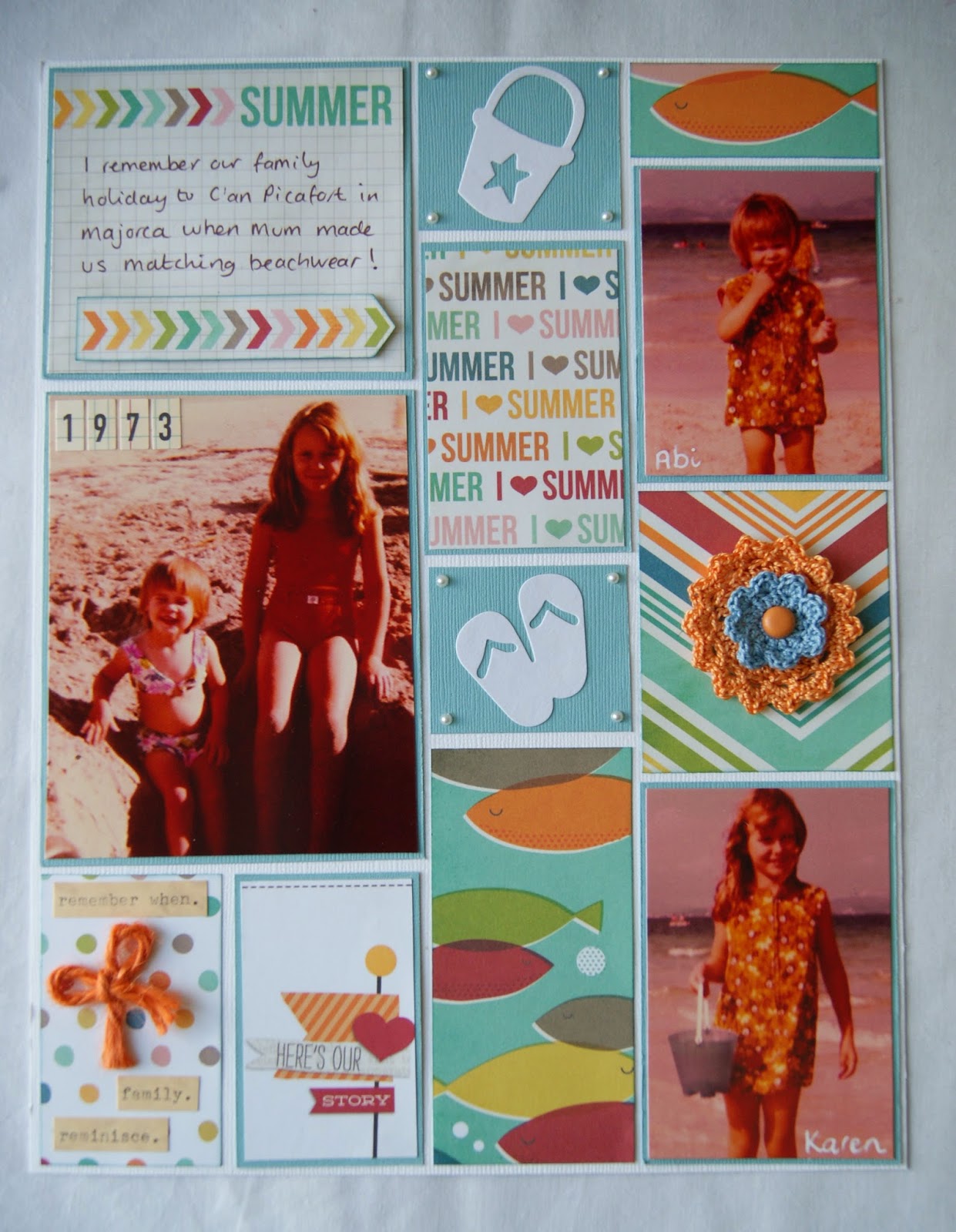 Thanks for stopping by

Karen leonard
Suffolk, United Kingdom
I wanted to create a Gallery for my paper adventures...so here it is. Sept 2010. Thank you for visiting.

Winner of "Me and Mine" blog Sketch challenge http://miniowner.blogspot.co.uk/