Have you ever had an image of a layout in your head that just won't go away?
Well I knew that I had seen a layout somewhere which was made from 1 colour card and loads of border punches....I just didn't know where!
I did see this card on pinterest, which uses the same technique here and was determined to give it a go.
One slight problem...I only have 2 border punches.....
Undeterred, I went to my local crop run by Papermaze in Otley and asked round the very busy room if anyone had any punches I could borrow...I was overwhelmed with the response!
So, with 20 punches and some Kraft cardstock I ended up with this....... 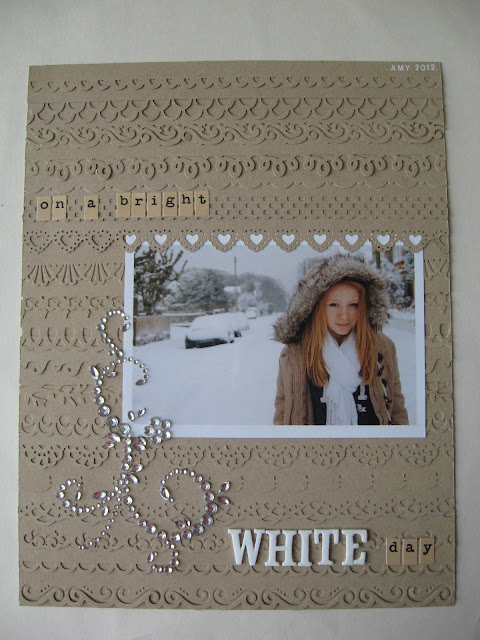 I have to thank Vanessa, Lesley, Lynn, Karen, Janina, Diane, Anna,
Sadie and Tim for lending me their punches.
Oh, I eventually found the original layout in Issue 52 of the Scrapbook magazine!!
It was a 12" x 12" page by Jackie Payne, who was a runner up in the Scrapbooker of the year 2010 competition.
It's a good job I don't throw my old magazines away...!?!
Thanks for stopping by
Karen x
Posted by Karen leonard at 3:40 pm 18 comments:

I was lucky enough to be sent a selection of supplies from The Scrapbook Magazine, to take part in the Four Ways Challenge. ( 4 scrapbookers and the same supplies)
It was great to see all 4 layouts in the current issue no.62 to see how different they all are.
We all used " Madame Boutique" by Kaisercraft.
Here's mine.... 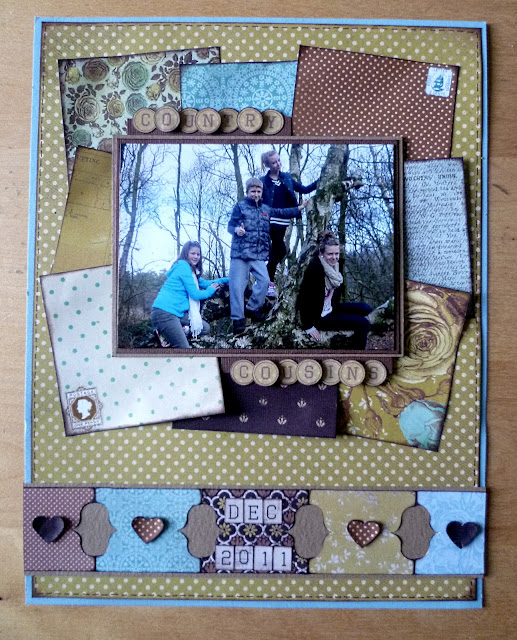 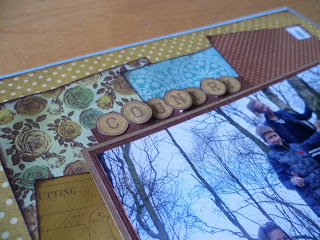 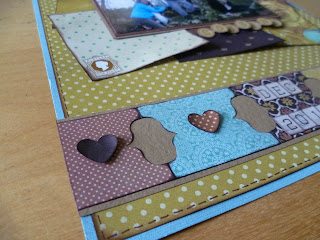 I loved the way the Tab shaped stickers made a lovely border when left flat and lined up. I used the flat alpha stickers supplied, for my title, but inked the edges and alternated them with foam pads to give a 3D effect.
Thanks for stopping by
Karen x
Posted by Karen leonard at 12:56 pm 6 comments:
Newer Posts Older Posts Home
Subscribe to: Posts (Atom)

Karen leonard
Suffolk, United Kingdom
I wanted to create a Gallery for my paper adventures...so here it is. Sept 2010. Thank you for visiting.

Winner of "Me and Mine" blog Sketch challenge http://miniowner.blogspot.co.uk/